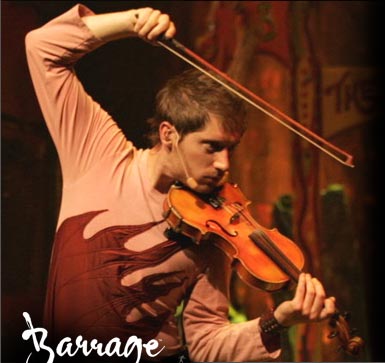 I have been a musician since the age of eight when I picked up the violin. I enjoy playing solo but also playing in orchestras and groups where I can listen more to the harmony and the rhythm encompassed by the music.

I originally started a Physics degree at Surrey University. I did this for one and a half years before I realized that I should be doing music. It was there that I was inspired to write music on a computer by a friend. I also was lucky enough to experience some of the London nightclubs and I highly recommend them! I found I loved composing music using computer and decided to major in this area for my degree. I completed my degree in Music, Acoustics and Recording in June, 2000 at Salford University with an Upper Second Class Honours.

Some of the styles I’ve written in are Breakbeat, Hiphop, Spanish style Hiphop, Electro, Chilled out Electro and House Music. I picked up the electric bass guitar while I was at Salford and joined a band called “The Jokers”. “The Jokers” play songs in an Indie style. Playing with them was really enjoyable and it taught me how to play rhythmically. We played gigs in Manchester for a year and then did a small summer show in the West Country—Cornwall. There we camped for two months and played to lively Cornish folk. Upon returning to Manchester we secured a weekly gig at a small nightclub where we played our more dancey songs and jammed in Hiphop/Funk styles. We rocked the house and also had many guests play with the band.

I love going out to nightclubs and have been going since I was sixteen. The music I like the most is all dance music—House, Techno and a bit of Dub. The biggest night I’ve been to was on New Year’s Eve 2000 with Gatecrasher—25,000 people! I was also lucky enough to get to Glastonbury this summer and that was fantastic!